CONCORD, N.C. (April 16, 2018) – Brandon Lynn has signed on with Venturini Motorsports as part of a two-race deal to drive the No. 55 Remodeez Toyota in upcoming ARCA Racing Series presented by Menards events at Talladega Superspeedway and Charlotte Motor Speedway.

A familiar face in the garage, Lynn, 23, of Penn Yan, N.Y., has made eight ARCA starts with two top-10 finishes since his debut in the spring of 2015. 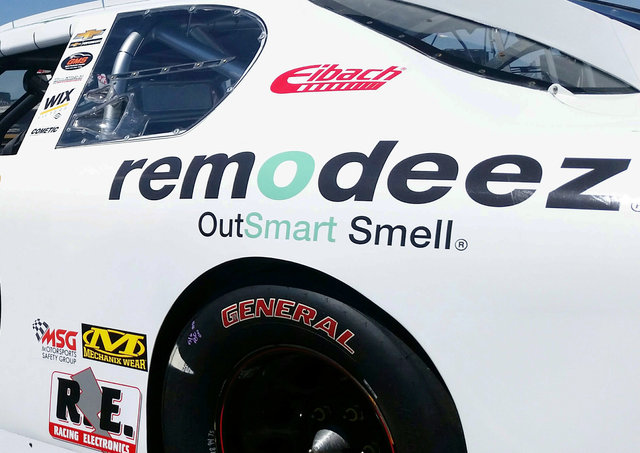 “This is an awesome opportunity,” said Lynn. “It’s great to be back in the ARCA Racing Series and an honor to race with a team with so much prestige in ARCA. It’s a great feeling knowing I’m getting in equipment capable of winning. As long as the driver is in the game we should be good off the hauler.”

Almost a year to the date from his last series start at Talladega, Lynn will soon revisit the track, competing in the General Tire 200, a race he nearly won in 2017.

“I’m back and looking for redemption,” Lynn said.

Lynn was leading last year’s race coming to the checkered flag but ran out of gas after a final-lap caution put the show into overtime.

“Last year was painful. We drove from the back and led the last 20 laps before running out of fuel when the race went into overtime. I thought I had it; we had the car to do it. I’ll be back looking to seal the deal with a strong Venturini Motorsports team.”

Lynn’s second and only other scheduled race with Venturini Motorsports will come in May for the running of the General Tire 150 at Charlotte Motor Speedway.

“Super excited to run Charlotte. I grew up racing Bandoleros and Legend cars in the area and at Charlotte on the small course. Running the mile and half at Charlotte is a dream come true.”

Smart. Safe. Effective. Remodeez provides an odorless and non-toxic solution to remove – not mask – everyday odors. While most products rely on harsh chemicals and fragrance to cover up smells, Remodeez neutralizes odor using activated charcoal derived from coconut husks to absorb odor at the source. Remodeez is hypoallergenic, and toxin free. Use them in your shoes, gym bag, car, or home.

Over the last 35-years Venturini Motorsports (VMS) has evolved into one of the most recognizable names in professional motorsports. Known for long-time dominance in the ARCA Racing Series presented by Menards, Venturini Motorsports is held in high regard as one of the premier NASCAR driver development programs in the county. Since 2007, VMS has specialized in the career development of some of today’s top racing talent including current NASCAR “Stars” – Joey Logano, Erik Jones, William Byron, Alex Bowman, Ryan Blaney, Darryl ‘Bubba’ Wallace Jr., Daniel Suarez, Christopher Bell, Justin Allgaier, Noah Gragson, Ben Rhoads, Ryan Reed, Brandon Jones, Matt Tifft, Brennan Poole, Dalton Sargeant, Justin Haley and Todd Gilliland. Integrity, dedication and continuous innovation paired with years of on-track success has helped define Venturini Motorsports as one of the longest tenured teams in all of modern day racing. In 2012, the Venturini racing family was recognized for their collective achievements and inducted into the National Italian American Sports Hall of Fame (www.NIASHF.org) – now finding themselves enshrined with such sports icons as Joe DiMaggio, Mario Andretti, Chip Ganassi, Andy Granatelli, Vince Lombardi, Tommy Lasorda and Rocky Marciano.

Watch both live on Fox Sports1

Not the biggest buck in the woods but not bad for my first. Figured I should shoot one around the house before I go to Kansas. #buckdown #deerhunting #swarovski #savagearms #hunting
Another stud on camera last night. Incredible what kind of deer are out here in Kansas.
Standing up towers
Sitting in the garage drinking coffee. #kansas